Some of us tend to be forgetful but it doesn’t necessarily mean that we need to forget all of the things that are important in life. For example, we tend to keep a close eye on our personal belongings when we are out and about. More than likely, however, you have experienced a time in which you misplaced your purse and when you did so, can you remember how you felt? It is almost as if your entire world has come tumbling down and it completely consumes your thoughts.
Believe it or not, it’s not all that uncommon to forget things. Many of us consider ourselves to be a fairly good multitasker but study after study has shown that humans simply cannot multitask successfully. In fact, the numbers are somewhat bleak. According to at least one study, if you are working on something and to get distracted in the middle of it, you are 40% less likely to return to the original project. It only takes a moment for our attention to be diverted and before you know it, your purse is gone.

This was an experience that a woman named Lindsay Jones had the. She is a teacher who works in Texas and was on her way home from New Mexico. The past week was vacation time for her and she stopped in Lubbock, Texas to grab some lunch at a Chick-fil-A. 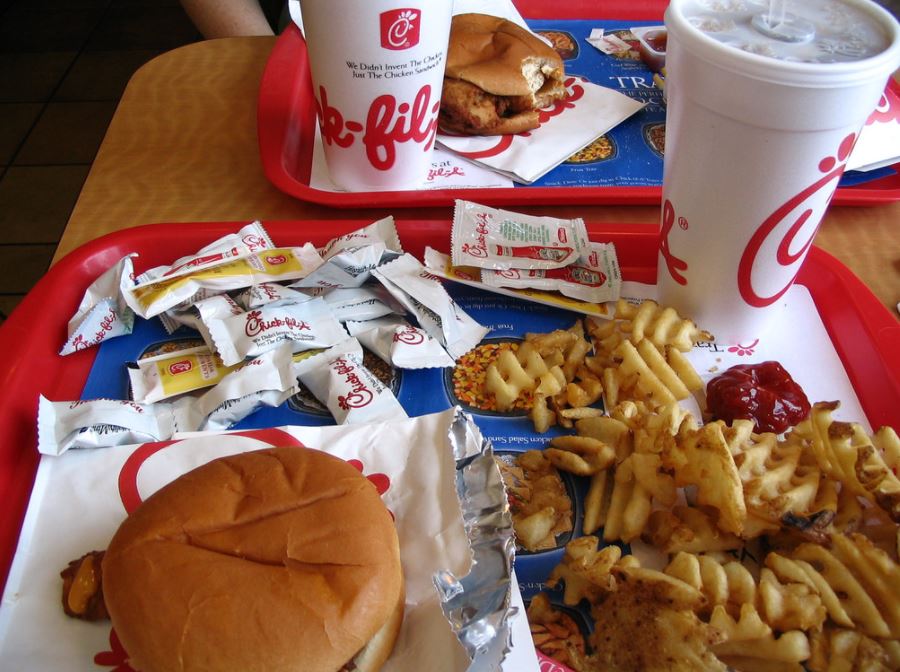 The family was able to eat lunch and then they decided to get back on the road so they piled into the car and got started. There were three hours away by the time they stopped for gas and Lindsay noticed that she no longer had her purse with her. After thinking about it for a moment, she realized that she had left it at the fast food restaurant in Lubbock.

Lindsay was absolutely frantic. She called Chick-fil-A, explaining to them that she had left her purse there and was hoping that they could at least look for it and perhaps help her out. There is no way that she was expecting what happened next.

Darcy Cuellar can remember getting a call from Lindsay. He had the following to say:

“I was working drive-thru and heard the phone ring, and she was kind of frantic saying she was like three hours away and she left her purse here.” 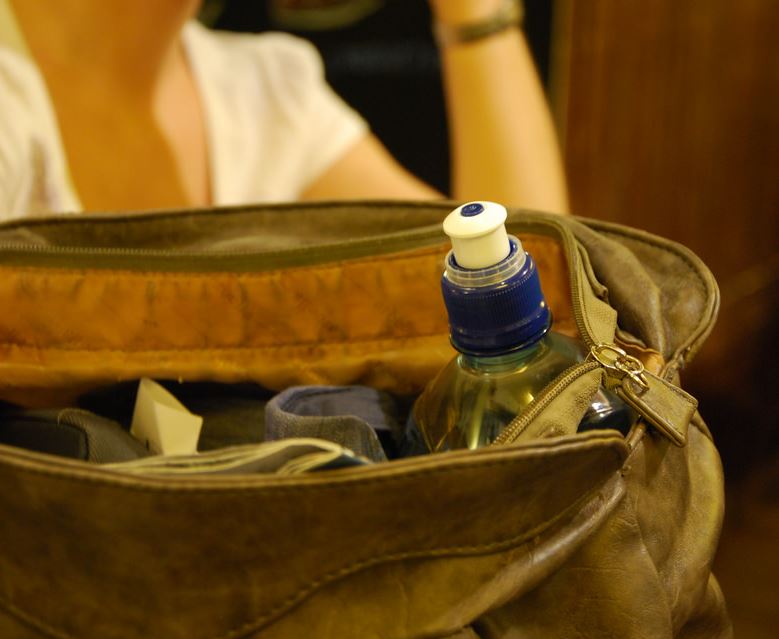 Thanks to the efforts of the kind staff at Chick-fil-A and a few honest and helpful employees, the purse was able to be shipped back to her home in Texas. She began to panic, however, when she realized that her school keys and her school ID were both inside of the purse. She needed them by Monday morning and it was quickly approaching.

This teacher realized that she had to get her purse back quickly. After calling the store again, she talked to Casey Kovar, the director of operations at Chick-fil-A. 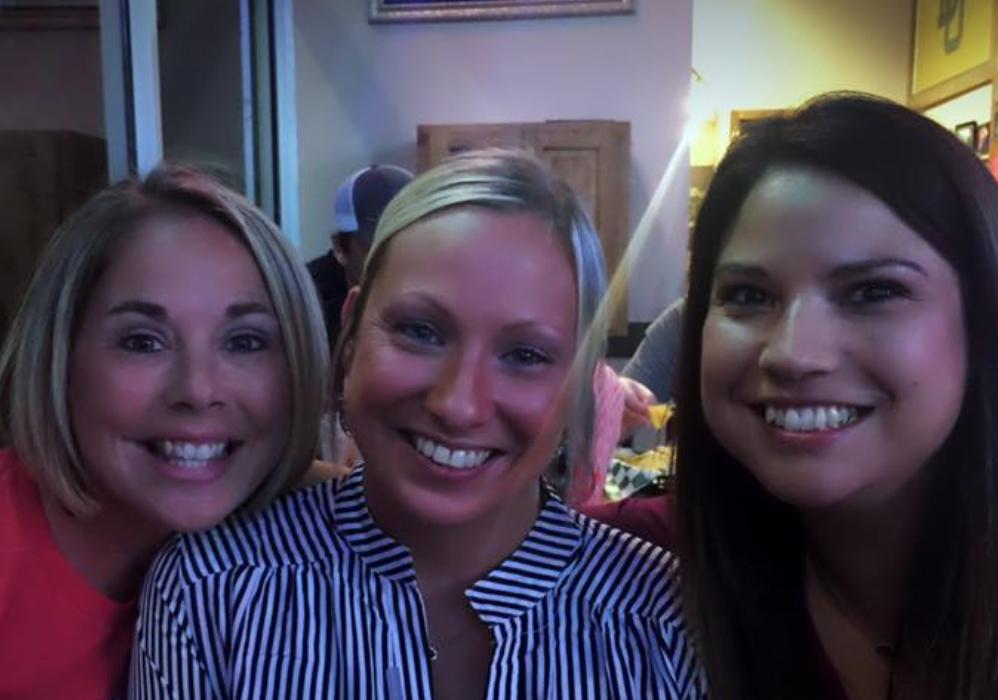 Casey really went out of his way to help Lindsay in her time of need. He shipped the purse to her overnight via FedEx and he was understanding with why she needed it so quickly. He even took the purse to the FedEx store personally. He wouldn’t let Lindsay cover the cost of shipping, letting her know he had taken care of it!

Lindsay brings all of this up in a Facebook post that discusses how Casey handled the issue. This is true, even though Lindsay was, in her own words, 1000% at fault. She had the following to say:

“He took my purse to FedEx and had it shipped to me ‘Priority Overnight.’ With it being a Saturday delivery, and being that I carry a pretty large hand bag that weighed 7 lbs, you can imagine it was NOT a cheap shipment!!”

Not only did they ship it overnight, they even through some amazing gifts in for Lindsay to find. 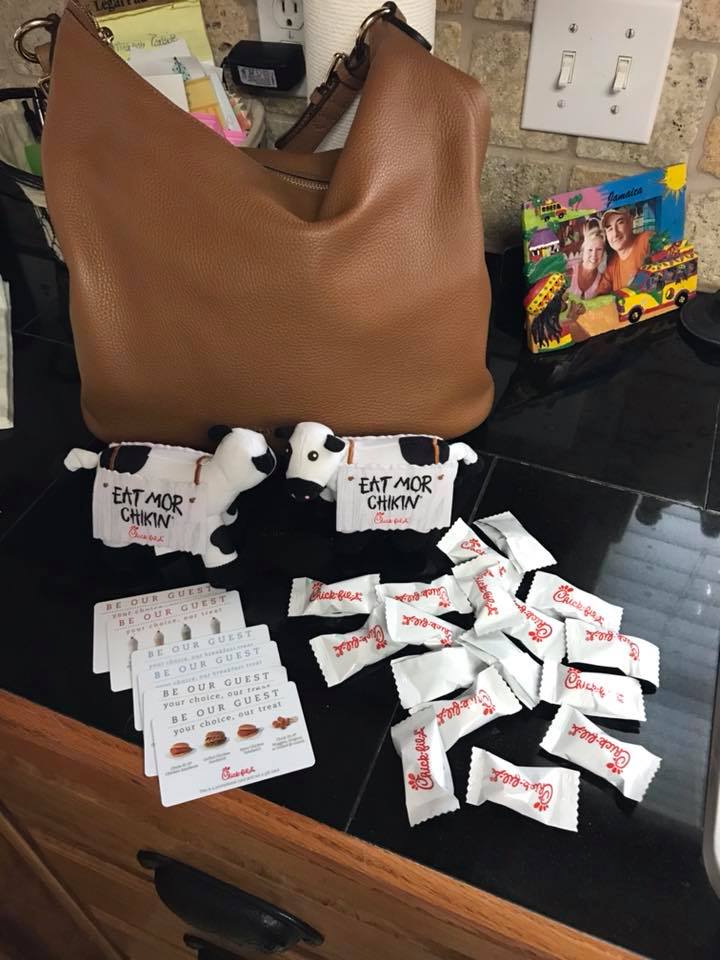 When the purse arrived at Lindsay’s home, she was thrilled but she also found six free Chick-fil-A meal coupons and two stuffed cows. Those kind employees certainly did go out of their way to make her smile. Lindsay says:

We couldn’t have said it any better!