Surprises may come in many different shapes and sizes. Some surprises may be seen coming from a long way off but others tend to sneak up on us and we don’t know about them until they actually arrive. We may not even come to a realization of what is actually taking place until we are in the middle of it. When those surprises are pleasant, they are something that is welcome and we may even look forward to the next time that we are pleasantly surprised again. It seems as if the people in this video got such a surprise.

This event took place at Whitmore High School, located in Toledo, Ohio. They were having an event at school that is typically known as a “pep rally” and the principal was talking to the school about the homecoming football game. As he was speaking, suddenly one of the teachers came out of the back and interrupted the principle, right in the middle of his speech! Not only did she stop him from talking, she even gently nudged him out of the way and told him to go take a seat. What happened next took everyone by surprise.

Teachers came from out of the woodwork and they put on a performance that will be remembered by all of the students for a very long time. Thanks to the Internet in the video that was uploaded, it will also be remembered by thousands and perhaps even millions of other people! They started dancing in the middle of the auditorium and we can only imagine just how shocked the students were to see their teachers out in the middle of the gym floor. 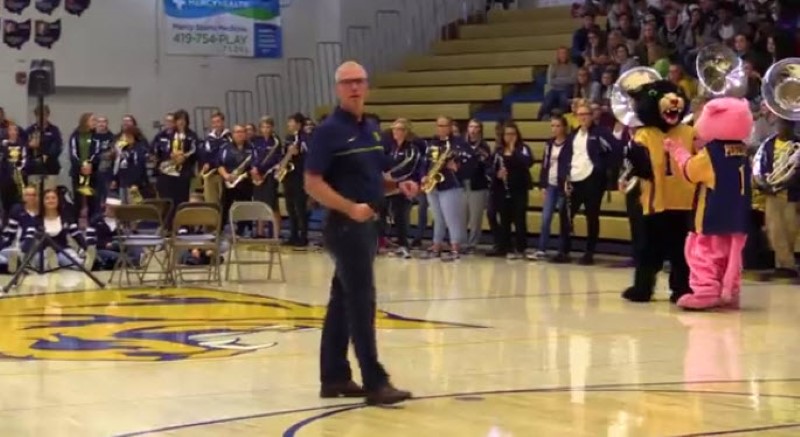 Pep rallies have been a popular part of high school culture for decades. It is a time when the entire school gets together and there are speeches, band performances, and cheerleaders who do their best to get the school in the right frame of mind for an upcoming big game. As far as big games are concerned, there is none larger than the homecoming game and that was the focus of this pep rally.

When Bruno Mars started playing over the auditorium speakers, the students may have wondered what was taking place. Before long, however, they saw all of the teachers coming out on the floor and from the very beginning, they did a good job of dancing to the beat and making the choreography work for everyone who was watching. It didn’t take very long before the entire homecoming court was full of teachers and there were even some others who got in on the action as well. 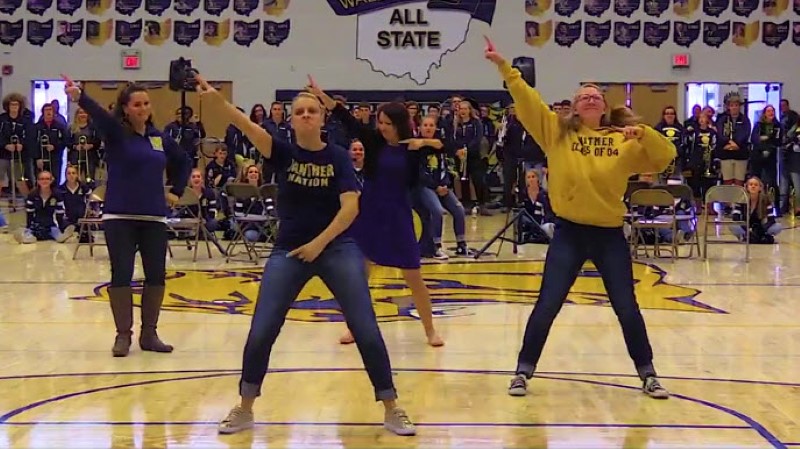 If you have never been part of a flash mob before or preferably, a part of the audience where a flash mob was involved, you are really missing out on something special. This type of special dance surprise has been popular for quite some and it can be seen in many different types of events, from weddings to local celebrations. There’ve even been some of these Flash mob surprises that are taking place in train stations in front of hundreds and hundreds of people.

The beauty of this type of surprise is not only in the fact that it is great for those who are actually in front of the dancers, it is often recorded specifically to be shared online. These types of videos go viral very quickly and when you see it for yourself, you will understand why. 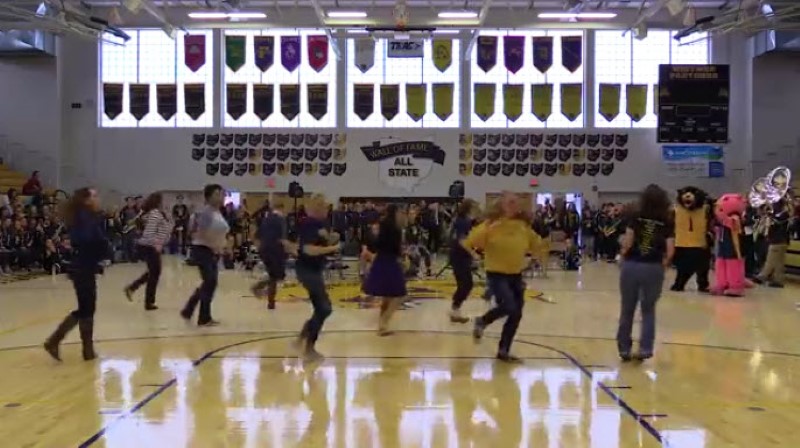 Although the teachers took the lead in this particular Flashmob, there were also others who took part in as well. It included security guards from the school as well as two furry mascots who had a lot of fun joining in with the dancing group. It just seemed as if the group continued to grow as the music continued playing and before long, the entire floor was alive with many dancers!

You only need to look at the face of the people in the audience once to recognize that they were not only shocked, they were having the time of their lives. Most of us would be rather bored if the principal was talking in front of us at such a pep rally but when something like this takes place, it really gets people in the mood and builds up some “school spirit.” 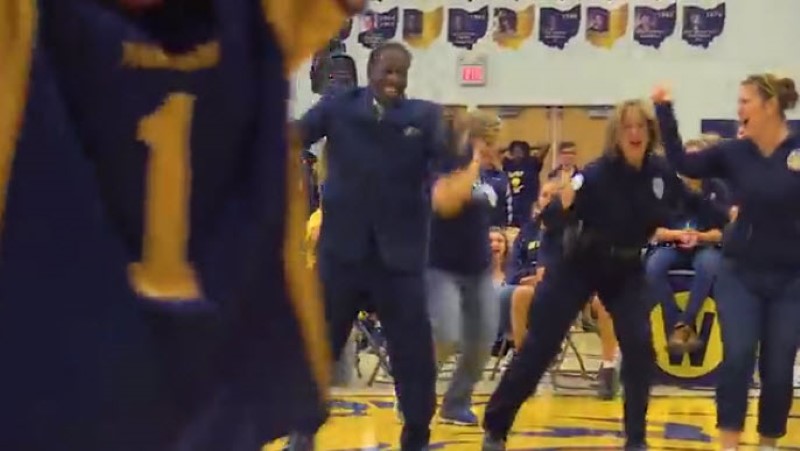 The dance may be over but the video continues to live on and the students at Whitmore High School are sure to remember this special day for the rest of their lives. 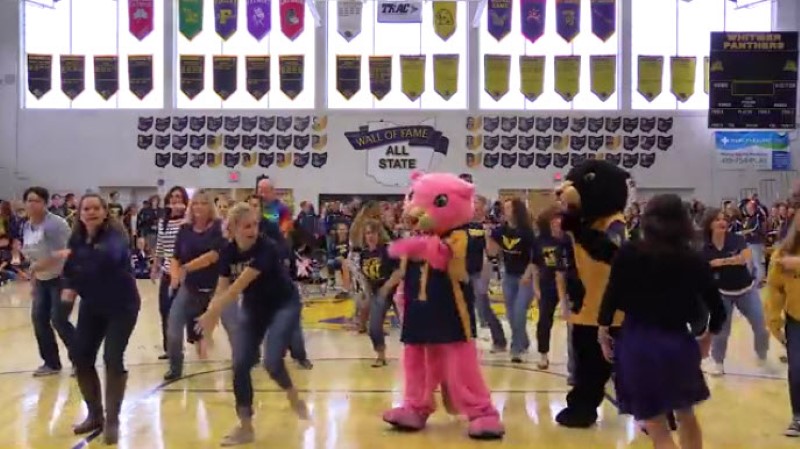 You can see the entire Flash mob in this video: