It was back in 1995 when Riverdance really hit the scene. It was a dancing and Irish music show and it wasn’t long before the entire world was captivated by that way of dancing. I can still remember watching the dancers on the stage and trying to mimic their movements in my own home. Of course, it wasn’t long before my feet were tangled and I found out just how talented those individuals were.

It isn’t only those of us who were around in 1995 who have an appreciation for Riverdance, it seems as if everybody recognizes the beauty and uniqueness of that style of dance when they hear an Irish song. It just seems to be something that stirs the emotion and this type of dancing comes from the heart. I know that I feel that way anytime I hear an Irish song and I’m sure that I am not the only one. That is what made this video so memorable.

The man on the ice is the US National Figure Skater champion from 2015, Jason Brown.

He was trying to come up with a new routine and he and his choreographer came up with something rather unusual.

They would have him skate to Reel around the Sun, a song from the Riverdance show. When he took the ice, those in attendance were about to see something magical.

As you can imagine, it is quite different to be out on the ice than it is to be on the stage and dancing the Riverdance.

It is still a beautiful dance, however, and one you are certain to appreciate. 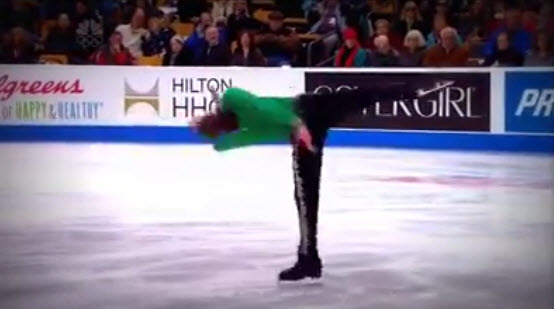 Not only was Jason able to perform this dance flawlessly, he has so many different moves added into the dance that it can only be described as breathtaking.

As you watch him moving across the ice, it almost seems as if he is a part of it. It is the area where his skates touched the ice that the magic truly begins.

The audience was absolutely enamored by his style of dance while he was on the ice but they are not the only ones who appreciated what he was able to do. Even the announcers could not contain their joy when they saw him and this incredible performance.

We often hear about dance routines on the ice being flawless but it is rare that we come across one that truly does not have anything negative about it. When you listen to the announcers talking about what Jason is doing on the ice, you can feel their excitement growing. By the time the song is over, the entire audience is on their feet and applauding this young man for what he was able to do. 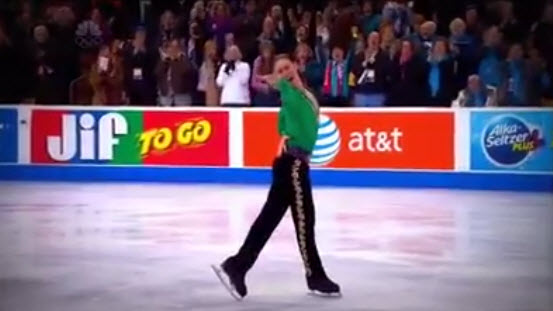 This Riverdance on ice performance is something that you are going to love and there is no doubt that you will watch it multiple times.

Of course, you are not alone in your appreciation for what this young man was able to do. More than 22 million people have already viewed this video and when you see it, you will understand exactly why it has become so popular.