Not everything is as it seems and sometimes, we get the greatest surprise when we least expect it. Most of us have come to appreciate this about life and it is a fact that helps to keep us going and to keep things interesting on a day by day basis. Some of the surprises we experience are relatively small but others are monumental and will help to keep us going for months or perhaps even years. Sometimes, a surprise is just a surprise but it is something that puts a smile on our face.

That is the case with this man who is wearing a traffic warden uniform. He is wandering out in the rain but when he comes around the corner, he spies an old piano that has been tossed to the curb. It is almost sad to see such a beautiful musical instrument setting out along the curb, waiting to get picked up by the trash. It’s getting wet and we can only imagine that any music that was played on it in the past is now a part of the past as well.

This is when one of those little surprises takes place. The man in the traffic warden uniform walks up to the piano and although the keys are wet, he reaches down and begins playing in a most amazing way. In fact, his style of performance is one that really belongs in front of an audience, which is why we are happy that it was captured on video and is able to be shared with people online. His style of music is amazing and as he continues to play, we find that our smile is just getting bigger and bigger. 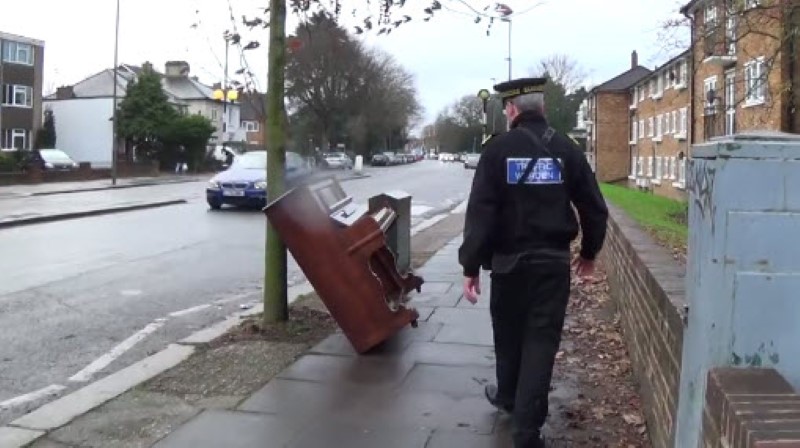 As this traffic warden walked up on the old piano sitting out along the road, it was almost as if it were to see what could be done in order to move it out of the area. When he stopped and put his hands on the keys, however, nobody was expecting what was about to come next.

He began banging out a boogie-woogie tune on the keyboard and it is something that makes you smile, as well as making your feet tap on the floor. 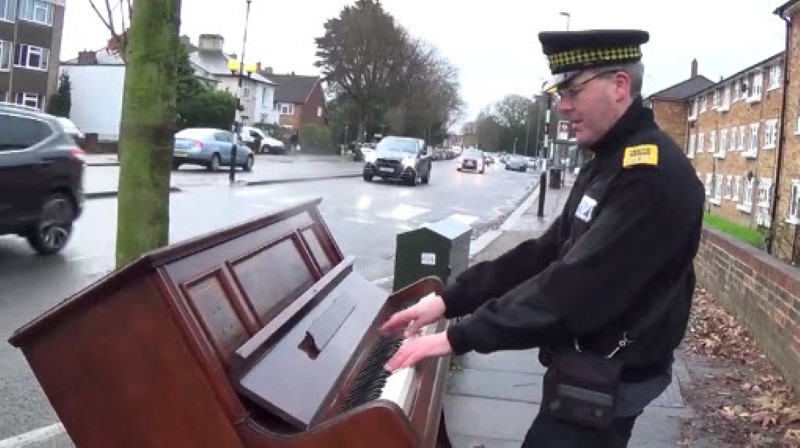 As this traffic warden continues to play, the world is moving in front of him, and it is almost as if he didn’t notice. Traffic passes by and you have to wonder if the people inside of those cars are looking over and wondering exactly what this traffic warden is doing.

At one point, an emergency vehicle even passes by with the lights on and the siren blaring. It only adds to the feeling of what is taking place in this video and it was a unique capture, to say the least. 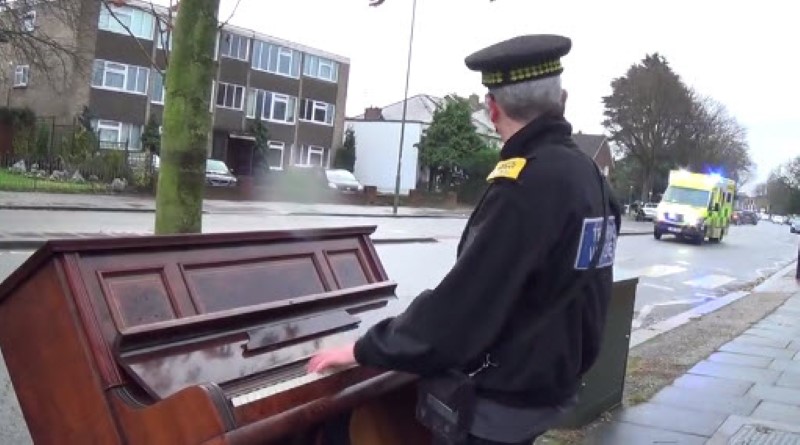 The music that this traffic warden is playing is commonly known as boogie-woogie. It is a type of music that is not very common but it is something that most people are able to recognize once it starts playing. Perhaps it is the age of this style of music that really makes it largely unknown to most people.

Many people say that boogie-woogie started in the 20s or perhaps the 30s but there is some indication that it may have been around in the early 1870s. It’s popularity increased in the 1920s, however, and it is not only something that is played on the piano, there are many other musical instruments that can also join in on this type of music as well. The music itself is somewhat simplistic but the style of play lends itself to a lot of creativity. It gives people the opportunity to dance, and that is something that many of us appreciate. 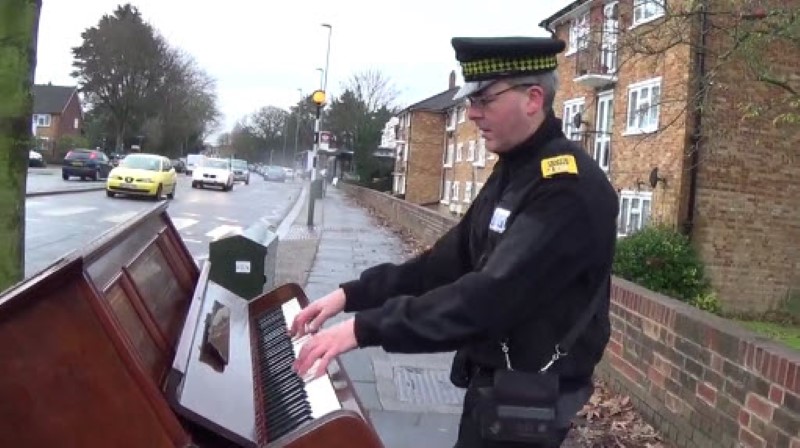 There is no doubt that he was getting wet and that his hands may have been slipping on the keys but the bill of his hat kept his face dry and allowed him to focus on his music so that he could continue playing. 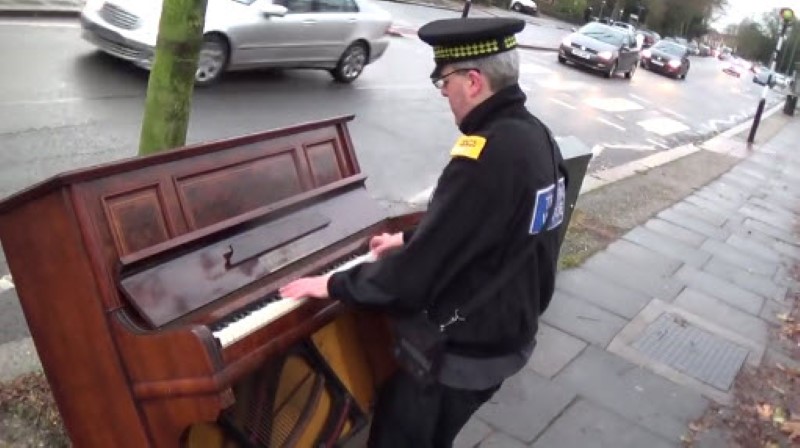 Although it is unlikely that we would run into something like this in person, the Internet makes it possible to share video and experiences with people around the world. What this traffic warden did was amazing and although the piano itself was tossed to the curb, he showed that there was still life to be found within it. It was a fitting end to a beautiful musical instrument and we get to take something away with us.

You can watch him playing in this video: