What is the picture that comes in your mind when you hear the name, Steve Irwin. For many of us who know him as the “crocodile Hunter,” we think about him doing what he did best, working hand in hand with wildlife and introducing us to many animals that we may never have seen before. Perhaps he is best known for his work with crocodiles but every time we saw him on TV, we would see another animal, sometimes dangerous and sometimes benign but always interesting.
Of course, the work that he did with wildlife extended far beyond what we saw when he was in front of the camera. There were also many things that were taking place behind the scenes as well. He was a conservationist, standing in the animal’s corner and speaking for them to ensure that they had a safe habitat to live. He was also a family man, and many of us have enjoyed seeing his daughter, Bindi, blossom into a beautiful young woman. In many ways she has followed in her father’s footsteps and it is his footstep that we are honoring today.

Steve Irwin has reached a level that many people are unable to reach in their lifetime. He has received a posthumous star on the Hollywood Walk of Fame. Even though he has been gone for more than a decade, he was given this honor and we couldn’t be happier. 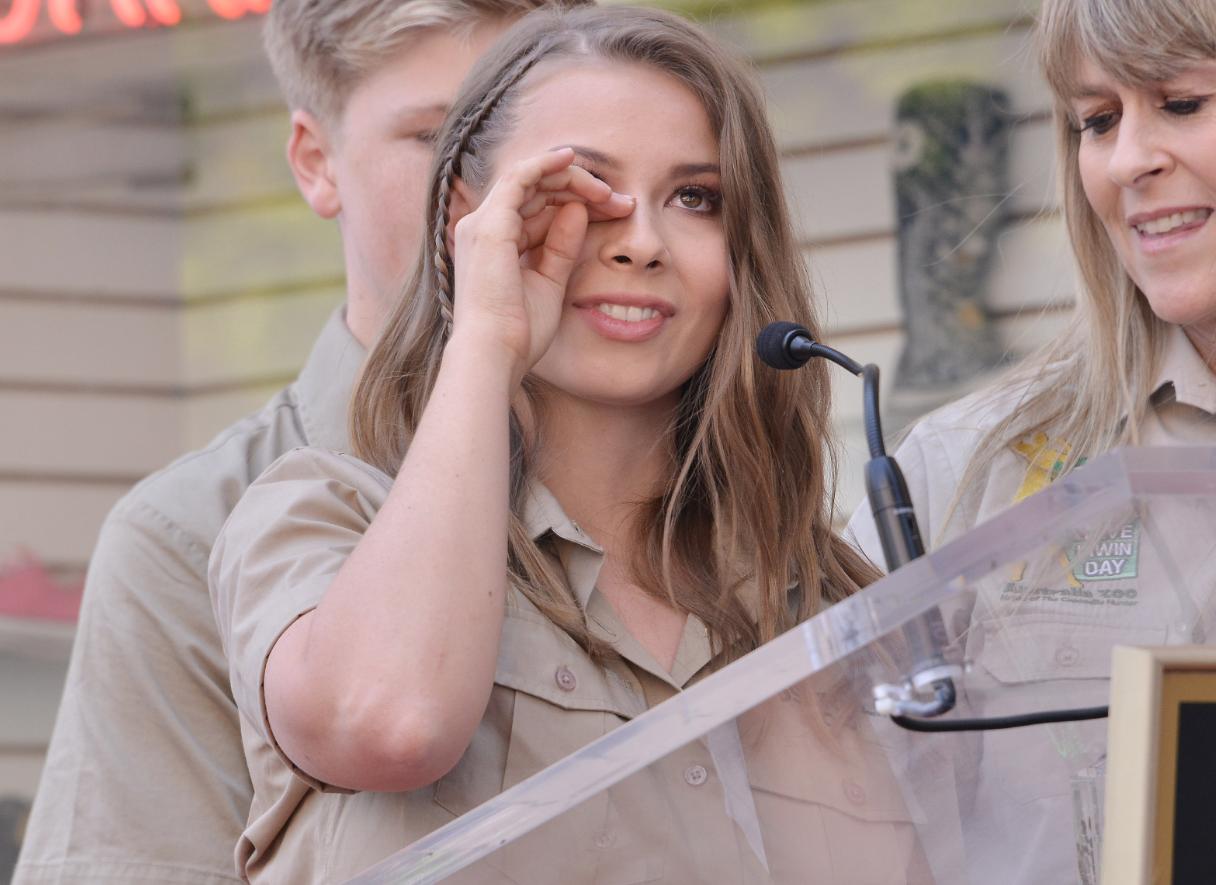 His wife, Terri and children, Robert and Bindi were on the scene for the ceremony, as were many fans who were all to happy to see this event take place. As we looked at Bindi, we saw how she was emotional over the event and she had a lot to say on the subject:

“I never in my wildest dreams imagined this would come true,” Bindi said.

“Together we will continue to fight for everything Dad worked so hard for.”

Robert, her brother, also chimed in: “He was the best and most incredible conservationist, but also the best dad.”

The announcement first came on Twitter from the family, noting that Steve would receive this honor. Bindi said that her dad had reached many people through his shows to take them on the adventure of a lifetime. We agree with her when she said that her father changed the world.

Terri tweeted that everyone was invited and she suggested that they could wear khaki to show their respect and love for Steve. She added that she, Robert and Bindi would have their khaki on. 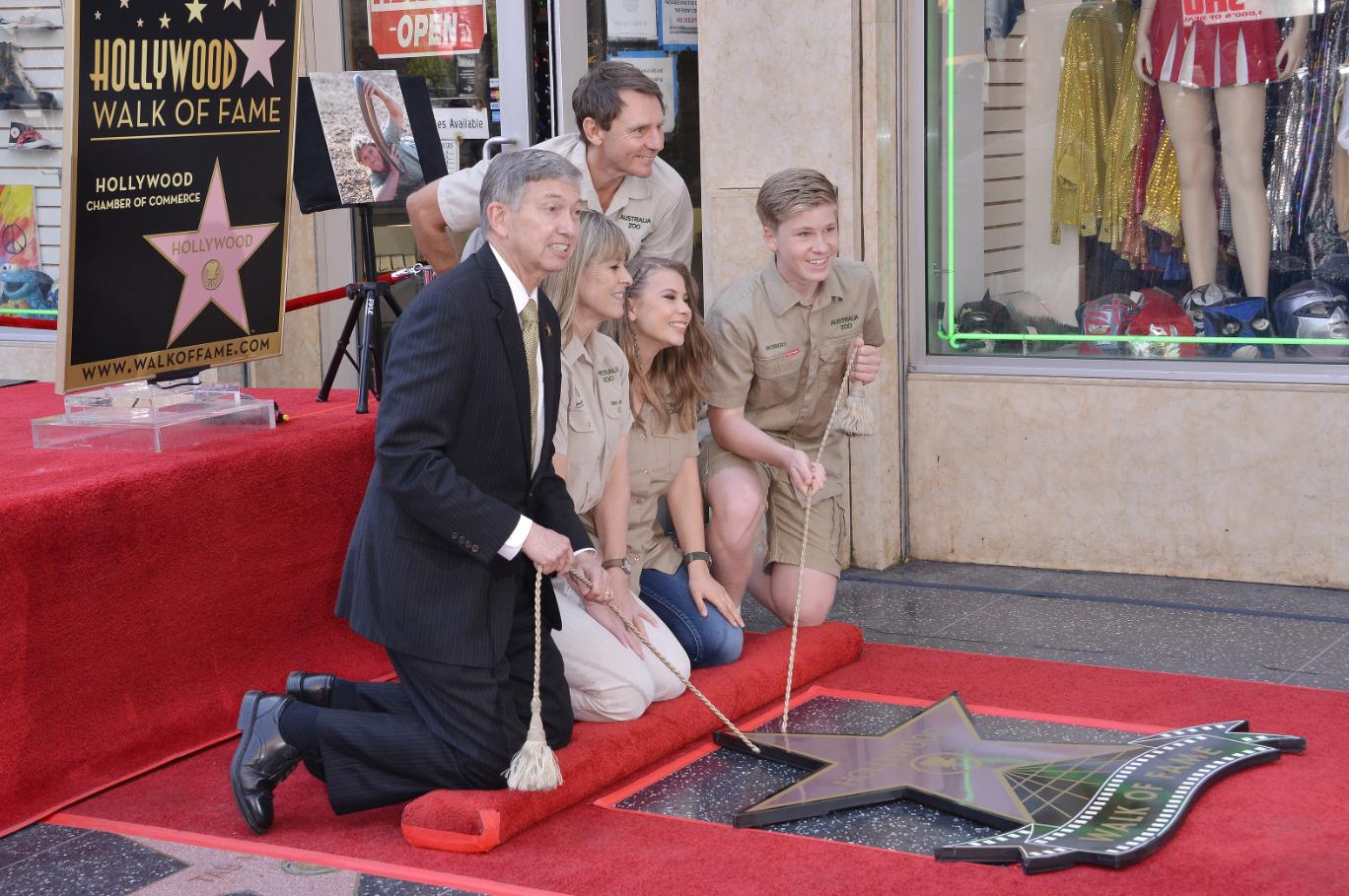 Irwin was more than a television presenter, he was a conservationist and zookeeper. He was best know for his wildlife series, The Crocodile Hunter, which began in 1996 and continued to 2007.

Aside from the television work, he operated a zoo in Australia that was founded by his parents.

Bindi shared an interview that she had not seen before. It was about the legacy that he hoped to pass along to his children. You can see part of that video here:

My first time watching this footage was only a few days ago. I don’t think I’ll ever be able to describe the amount of emotion in my heart once the video ended. My dad. My superhero. I promise to do my best to make you proud and ensure your legacy lives on forever.@AnimalPlanet pic.twitter.com/PWRiXvUrGx

Steve was asked if there was anything that would make him give up his job. His response was quite thoughtful.

“Yes, there is. When my children can take the football that I call wildlife conversation and run it up. When they’re ready to run up our mission, I will gladly step aside.

“And I guarantee you it will be the proudest moment of my life. My job will be done and then, and only then, will I know that I have achieved my ultimate goal – to be able to stand aside and let them run up my mission.”

Bindi responded with the following: “I promise to do my best to make you proud and ensure your legacy lives on forever.”