When we go to bed at night, we close the door on an old day and prepare ourselves for a new day. It doesn’t matter what type of day we had before, the day coming when we wake up is always going to be new, fresh and full of surprises. Admittedly, some of those surprises are going to be frustrating or stressful but from time to time, we wake up to a surprise that is quite different. That was the experience of this man, named Tim Newton. He lives in Alaska and when he woke up, he saw something that he had never dreamed would have happened.

When Tim Newton woke up this particular morning, he heard some rather strange noises coming from the deck outside. We have all had a similar experience, where we hear something outside our window and we wonder if it is something good or something bad. Perhaps Tim was experiencing something similar and he may have even been a little apprehensive when he pulled back the blind and looked out the window. What he saw on his deck, however, not only took him by surprise, it was absolutely amazing.

What Tim saw when he looked outside were a mother Lynx and her seven kits. This is not only unusual to see, it is practically unheard of! This type of cat is well known for staying in the shadows and it would be highly unlikely for one to come up on the porch and so near a home, let alone doing it in broad daylight. Yet there they were, bigger than life and standing right in front of him on the porch. It’s almost enough to make you pack up and move to Alaska.

When the mother Lynx called to her kits, they all lined up and they did so right underneath the window where Tim was standing. Can you imagine the view that he was getting and how excited he must have been in order to be witnessing such an astonishing event? So what do you do when this happens? Like anyone in today’s society, he grabbed his camera and began snapping some pictures of these amazing animals. He then proceeded to share them so that the entire world could enjoy the rare occurrence that he was enjoying that morning.

Something that surprised Tim about the encounter with the Lynx is just how much effort it took in order to keep the children in line. Many of us have probably experienced this ourselves and it can be difficult to maintain control over one child, let alone having to do so over a handful of young wild cats. In the end, Tim concluded that the Lynx must spend about 1% of their time chasing rabbits and the other 99% chasing their little ones. The entire time that they were on the porch, they never stopped frolicking and roughhousing. Of course, any of us who have children or grandchildren can really appreciate what this man was seeing.

The Lynx is considered to be a medium-sized wildcat and they are in the same family as the bobcat. The Canada Lynx, which is the particular species that we see in these pictures, is native to North America and is not only found in Canada, it is found in areas of Alaska as well. They are known for their climbing abilities and surprisingly, they are also known for being a good swimmer. Most of us are under the impression that cats hate the water but the Lynx is quite at home when they are swimming about.

In most cases, the Lynx will travel on their own but there may be times when they will travel with other cats in order to be more effective at hunting. They mate in the wintertime and have a gestation of about 70 days, so these Kits were born in the springtime. They will continue to stay with their mother for about nine months and by that point, they will be considered young adults and will go out on their own. The Lynx typically avoids any contact with humans and it is not very common to see one so close, let alone seeing one that has kits!

The world is truly an amazing place and many of us have had these types of experiences where we see something that makes us stop and think about the world around us. As you look down through these pictures, there is no doubt that you will marvel at the beauty and the amazing day that this man must’ve had. 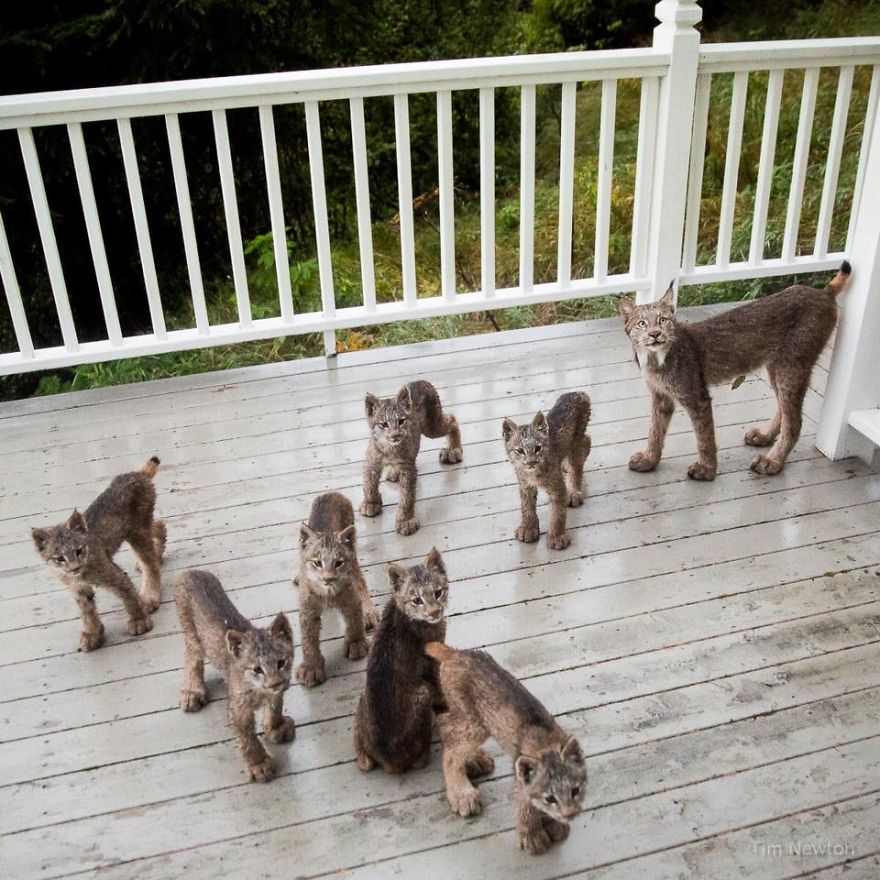 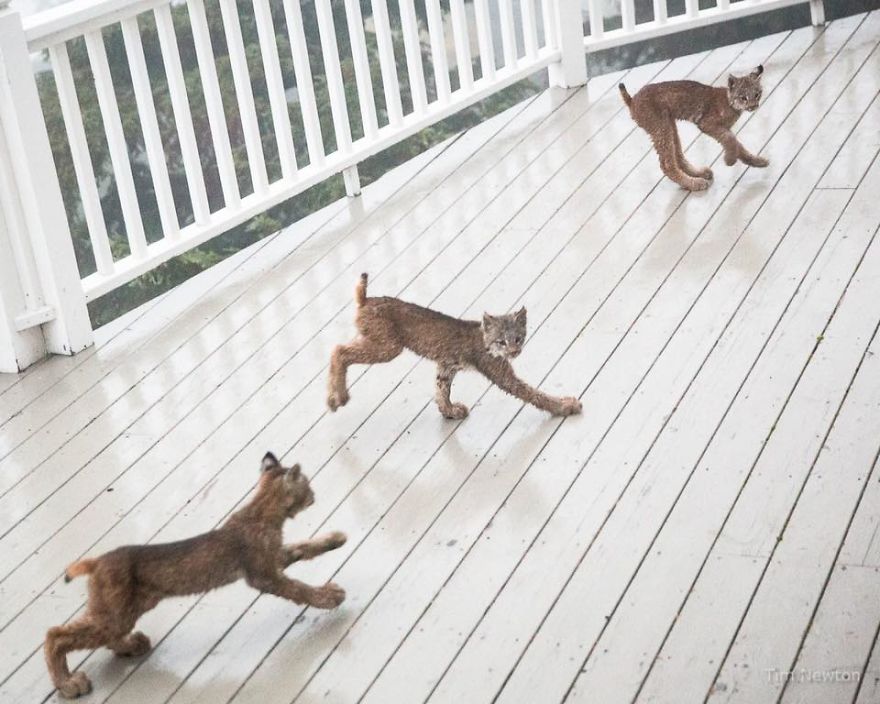 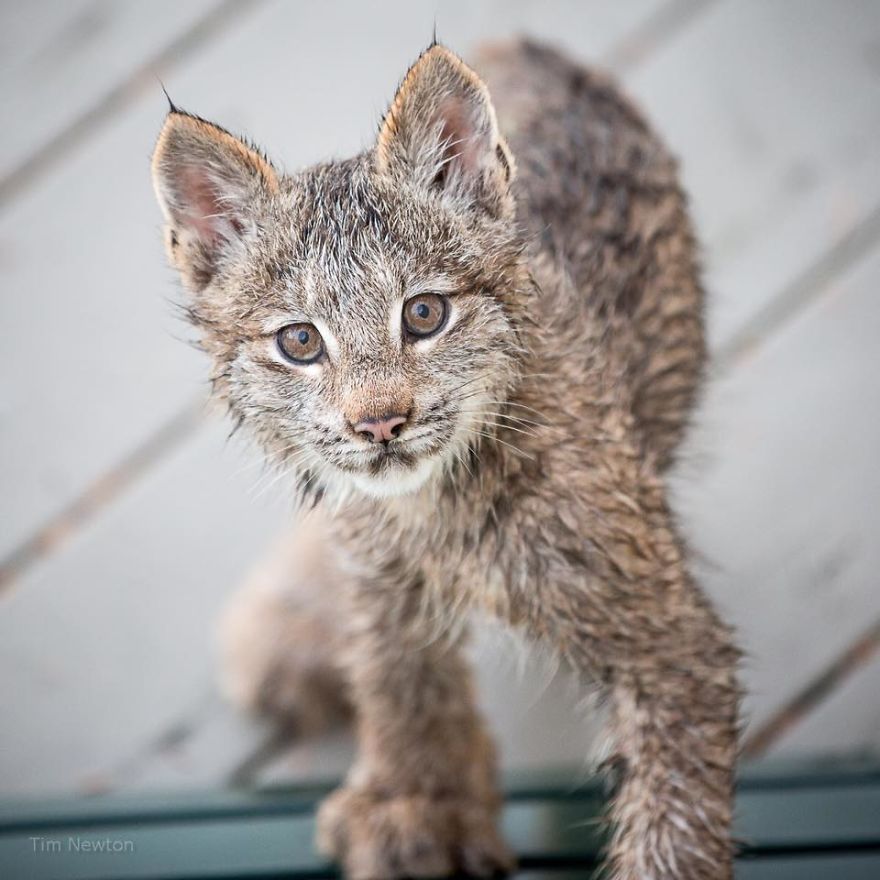 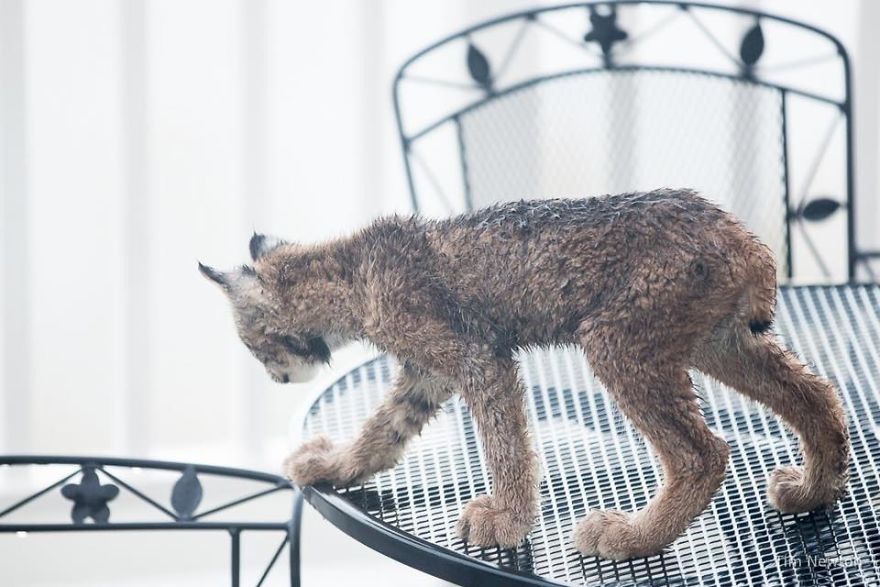 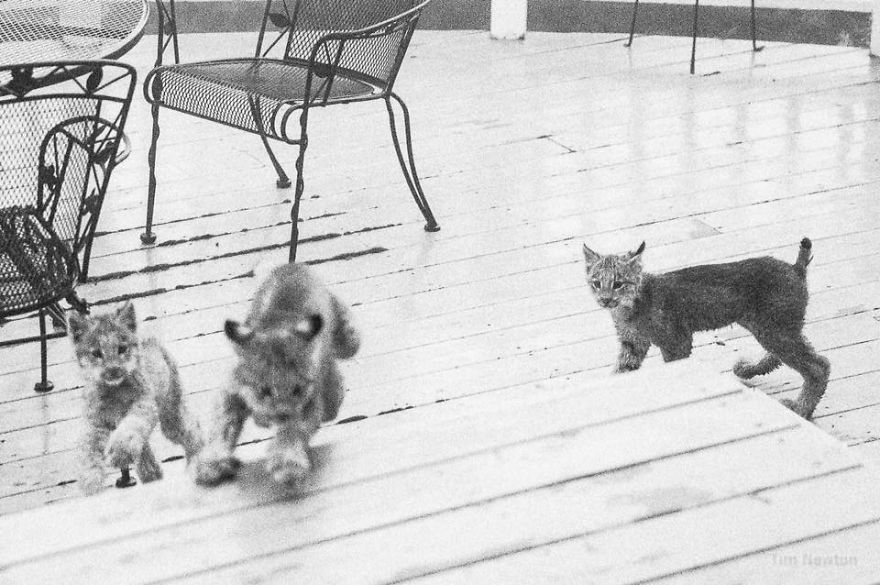 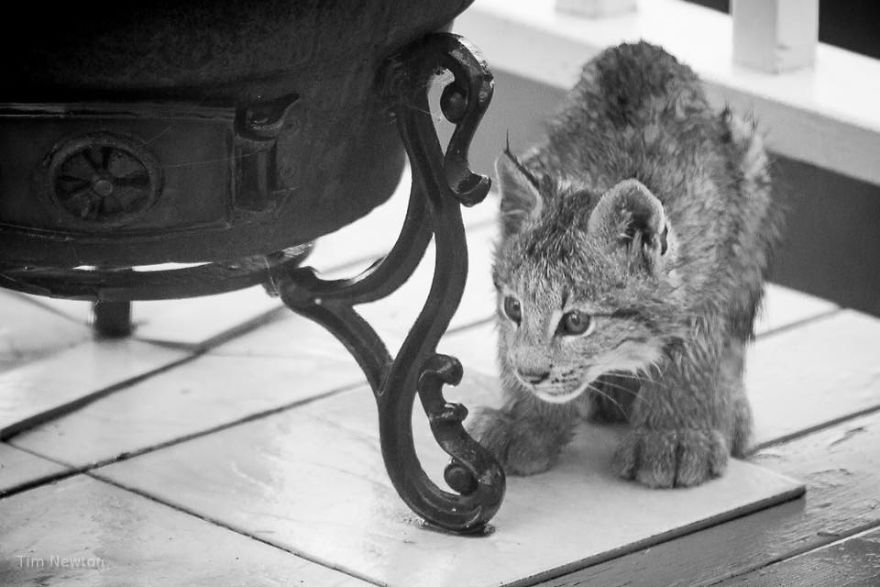 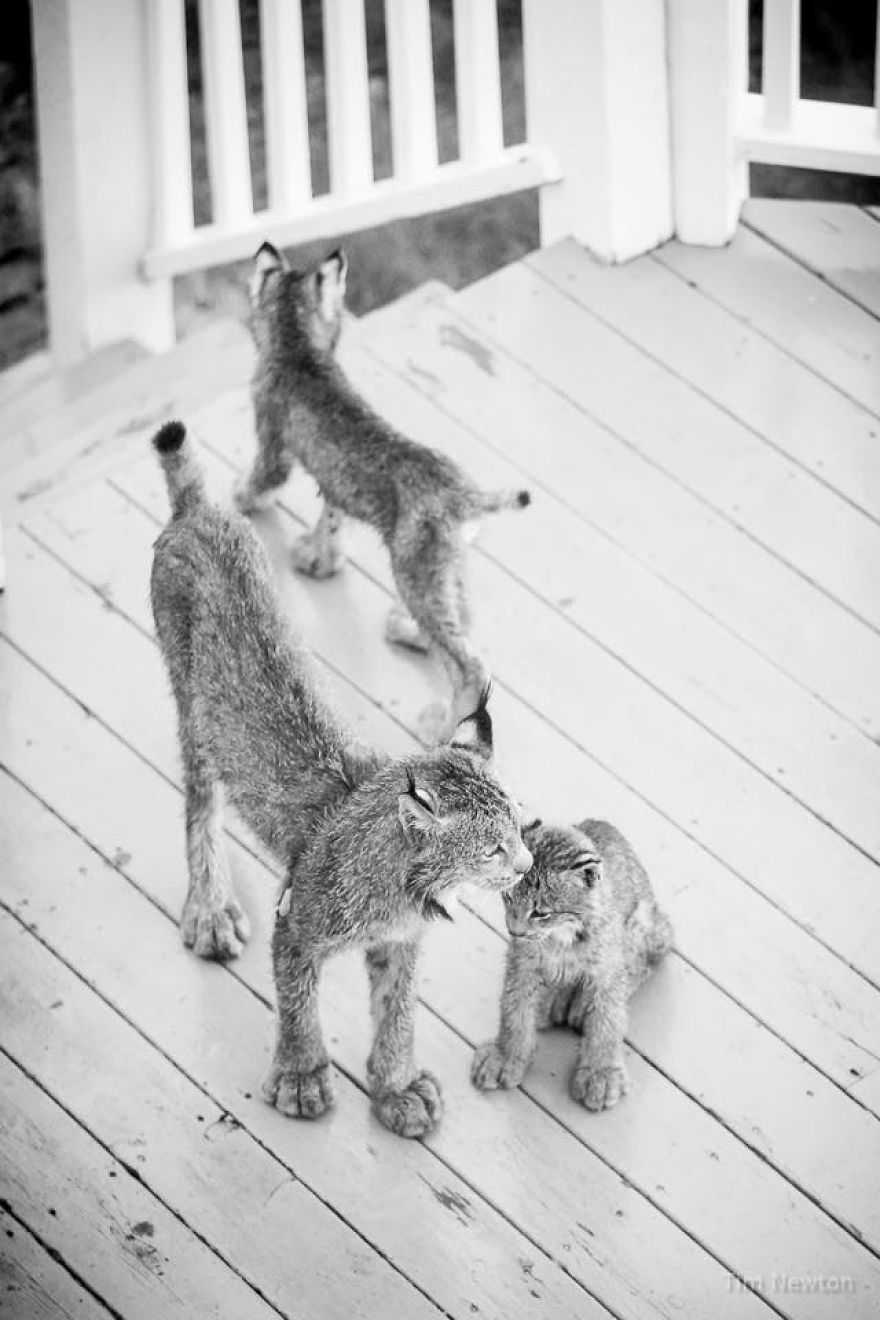 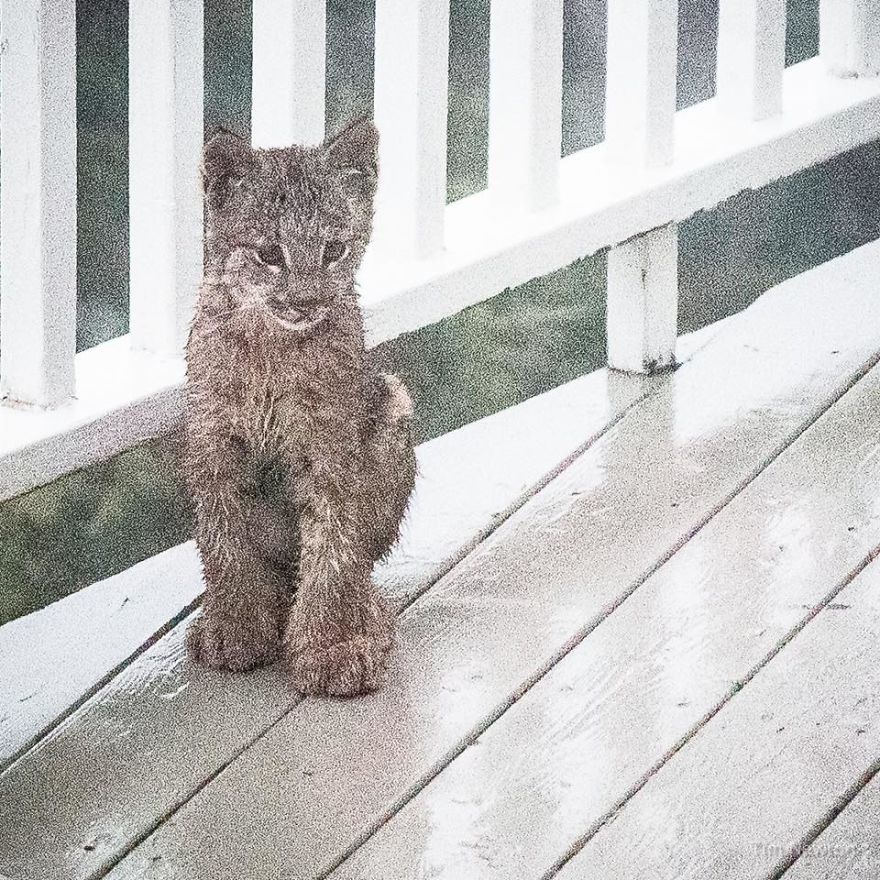 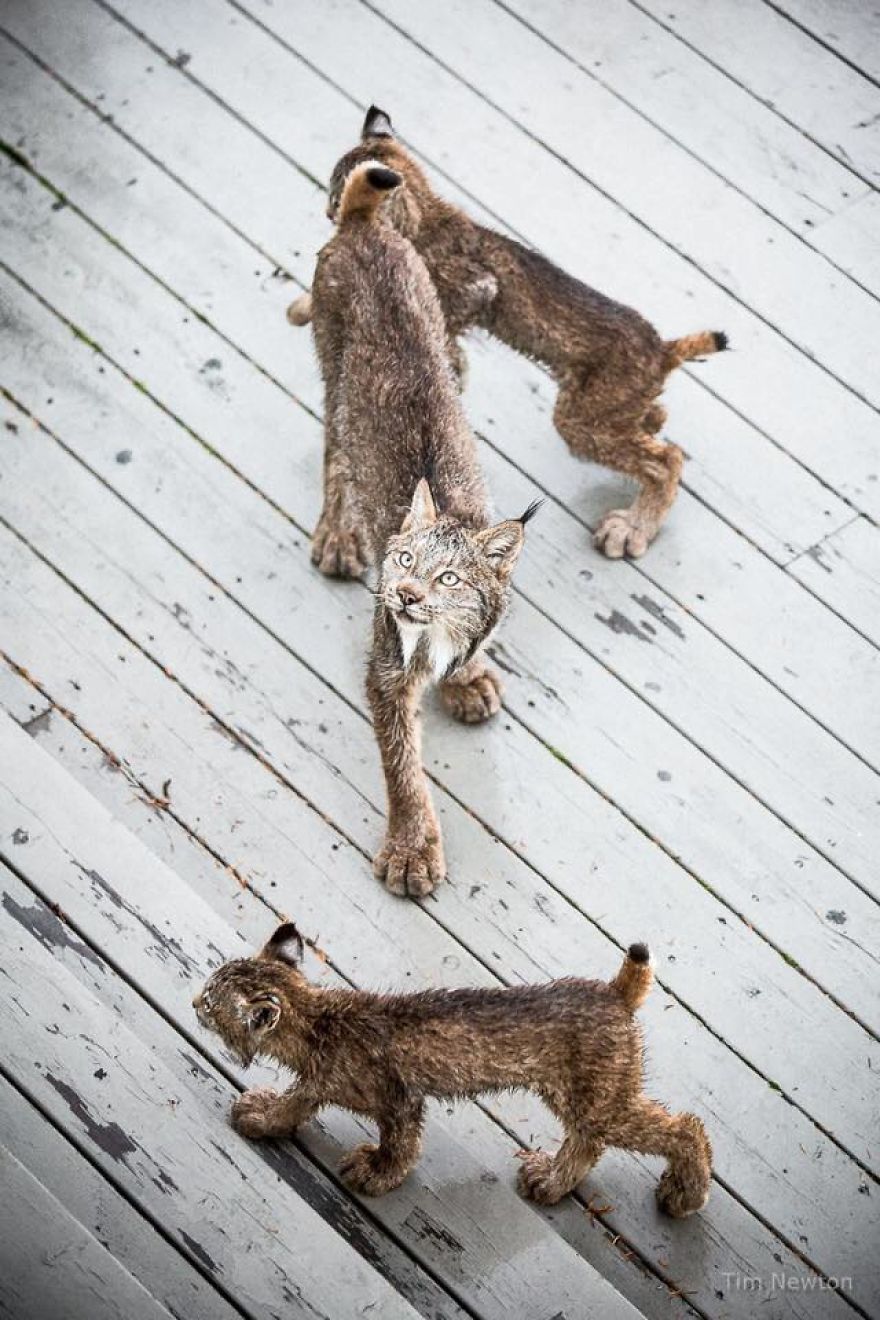 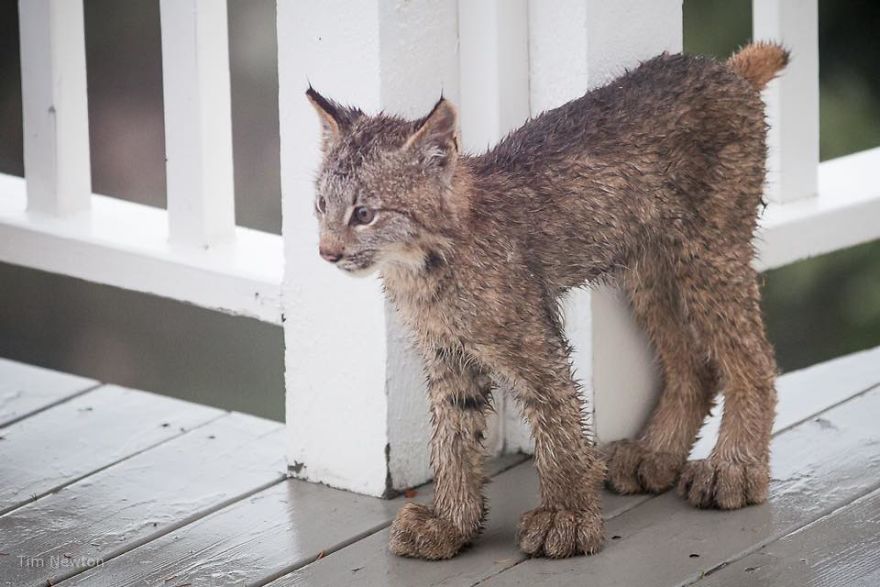 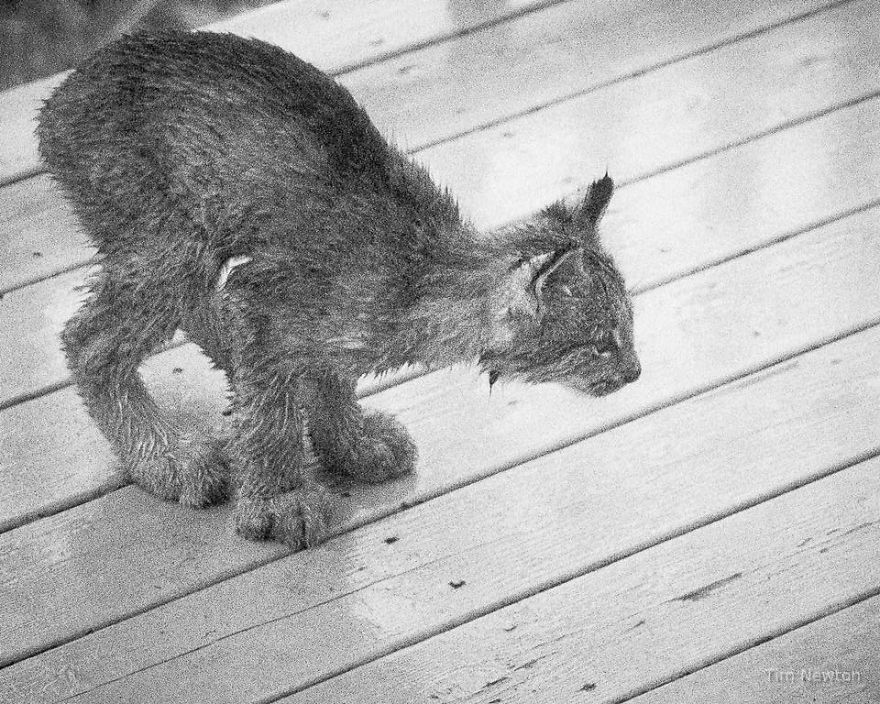 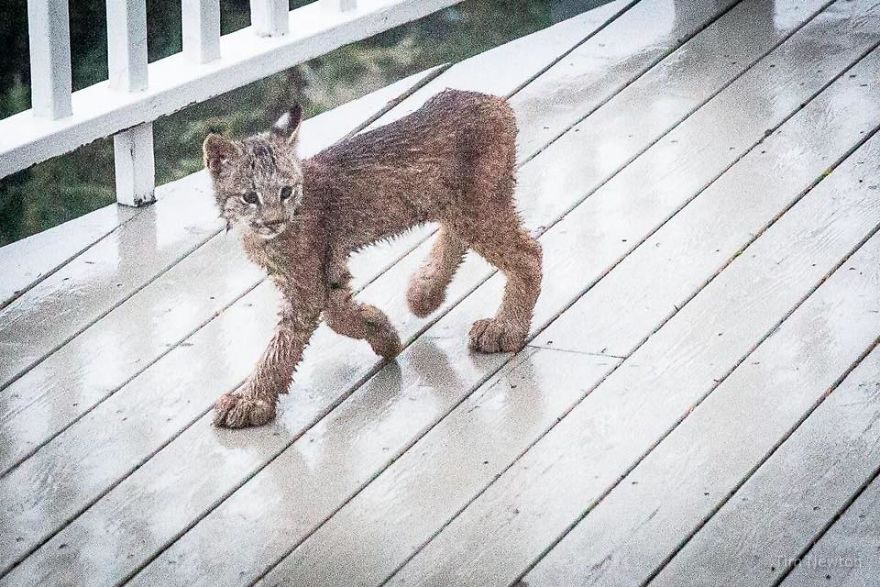 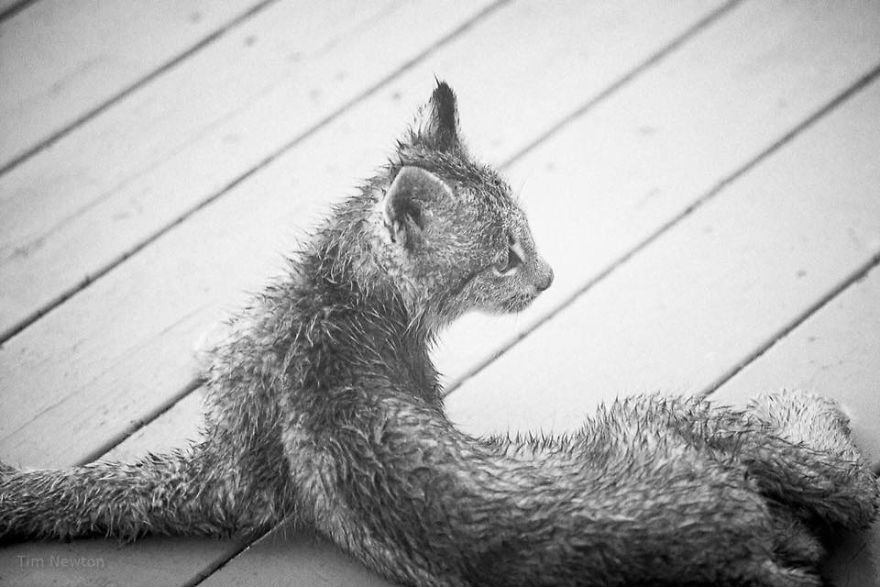 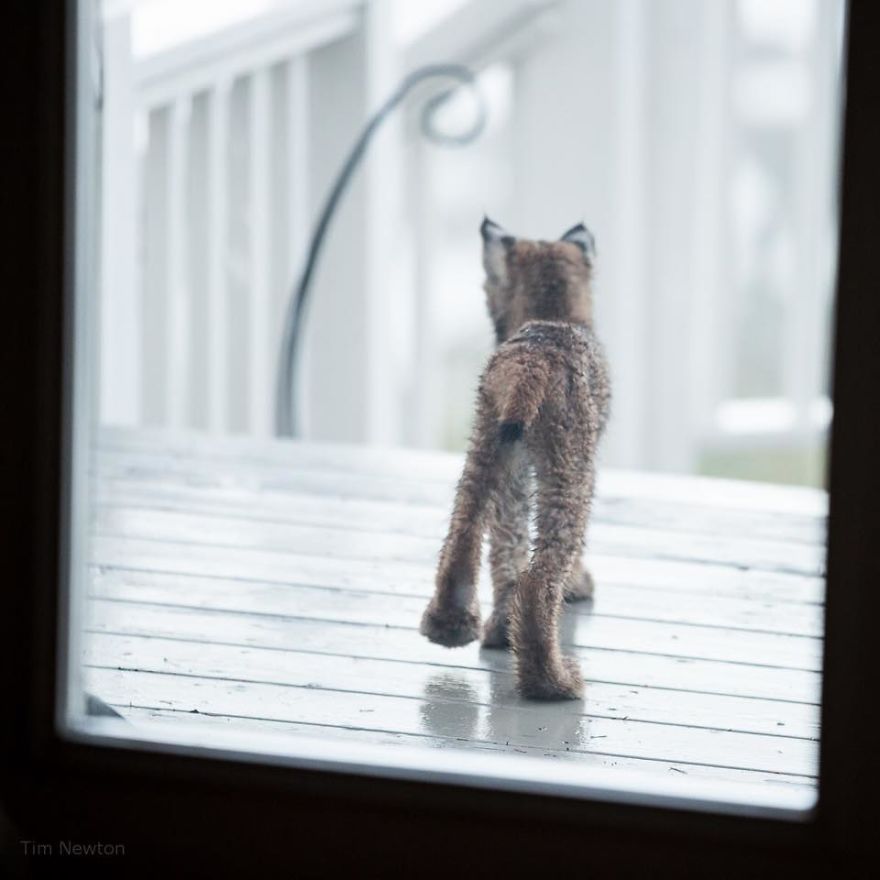 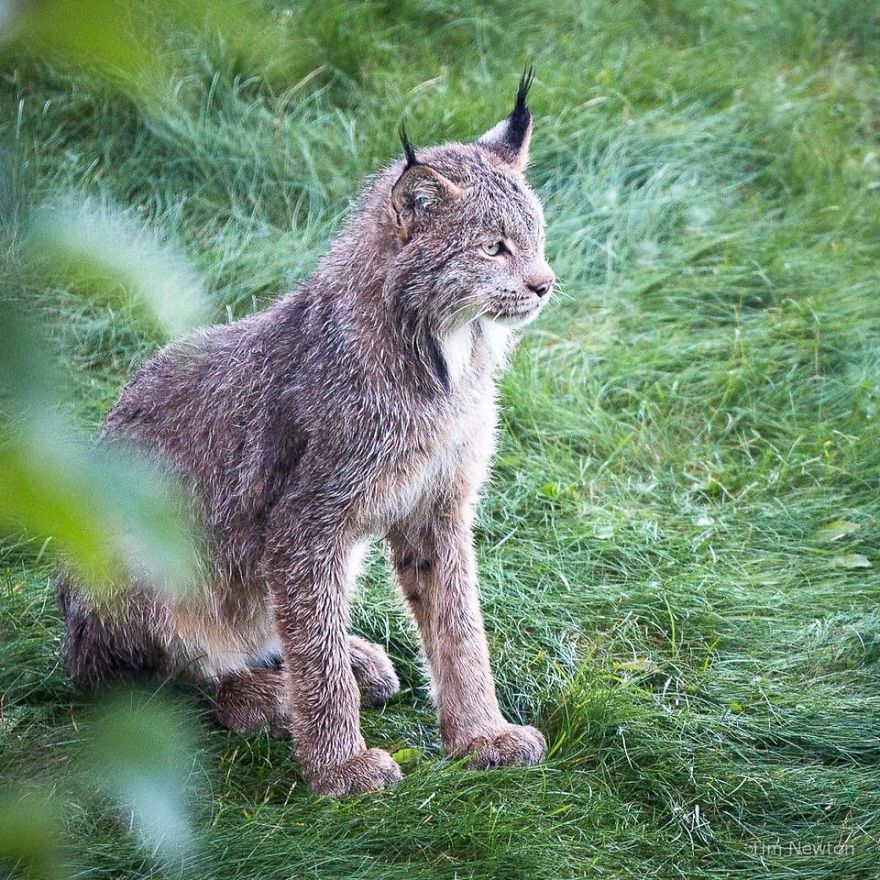