When we are in danger and experience various problems, we look to the police to help protect and save us. That is what they are there for, and their basic motto to “protect and serve” is something that is taken seriously by many of them. From time to time, however, we hear about a situation that is rather unusual and sometimes, even humorous. When the police have a good sense of humor to go along with it, it is something that all of us can appreciate.

This particular story started when Bruce Grubb, a Scottish farmer, saw a tiger on his property. He was concerned, not only because of the fact that a tiger was on this land but because there were 200 pregnant cows on his property as well. As you can imagine, a tiger could’ve done a lot of damage to his herd of cattle so he was quick to call the police for assistance. When an armed response unit arrived at the scene, they also saw the tiger and set up an area where they would defend their position.

In fact, they were in that position for an hour in a standoff that certainly would be worthy of worldwide news. The problem is, they weren’t actually defending their position against a man-eating tiger, in fact, it was something much different. After an hour-long standoff, they finally realized that it wasn’t actually a tiger, it was a stuffed toy. 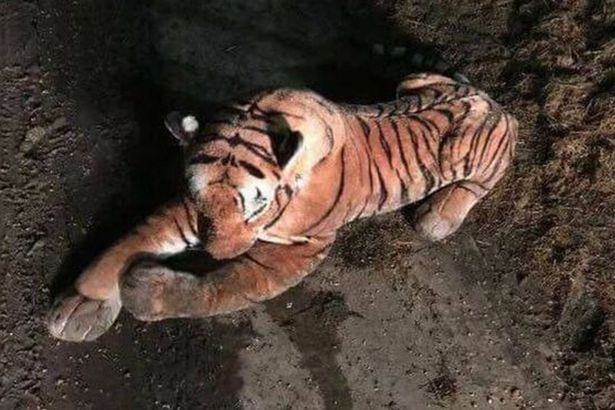 Bruce Grubb was hosting a housewarming party at his home and when he went outside, he saw that there was a tiger on his property. As you can imagine, this took him totally by surprise and he ran inside quickly to call the police. After all, there were people visiting his property for the party and he also had 200 cows that were pregnant on his land as well.

More than likely, you are wondering at this point if Grubb was drinking at that housewarming party or not. You will be surprised to know that he was completely sober.

“I was on duty because the cows could drop at any time so I wasn’t drinking,” he told the Scottish Sun.”I flashed my torch in the shed and saw it sitting there. I was stone cold sober; drink had nothing to do with me thinking it was real.” 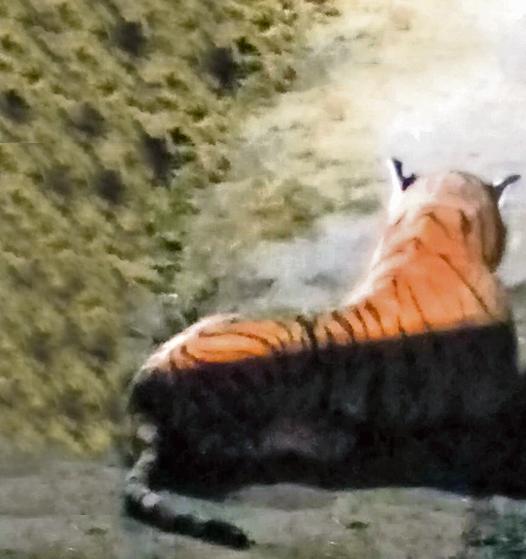 As it turns out, he wasn’t the only one who thought the tiger was real. After calling the police, the first officer to arrive also was convinced of the fact that this tiger was alive as well.

“He refused to get out of the squad car or even wind the windows down,” Grubb said. “He didn’t want to go anywhere near it because he thought it was real.”

It wasn’t long before 6 more police car showed up on the scene, including an armed response team! They started checking around with the local wildlife parks and zoos to see if there had been a tiger that had recently escaped. The tiger continued to hold his position and it wasn’t long before Grubb decided to take a closer look.

“There was a standoff of about an hour,” he said. “No one really knew what to do for the best. But as time went on and it wasn’t moving, I started to think it wasn’t real. I drove right up to it with my truck and that’s when I knew it was a toy.” There is no doubt that this party is going to be one that is remembered for a very long time.

This story about the police standoff with the stuffed tiger will continue to be something that is shared for many years. Nobody is really sure how it arrived on his property but Grubb is convinced that it was a prank.

“I’ve no idea who did it,” he said. “I don’t know if they thought they were being funny or if they wanted to scare me. No one’s owned up to it yet.

“I feel a bit silly for calling the police but I thought it was a real emergency. We’re laughing about it now but it was very scary at the time.”

We think that it is fairly silly as well and really, it doesn’t matter if it was done as a joke or if it was a cool prank, it certainly had an effect that was far beyond what the prankster could ever have hoped for.