It doesn’t matter where we live in the world, we are part of a society that takes education seriously. It is what makes our children into productive, happy and stable adults and if they are educated properly, they are able to fit in with society and carve out their own little niche at the same time. The unfortunate thing is, not everybody has the same level of education and sometimes, things can get rather amusing, if not frustrating.

Have you ever seen the studies that show just how little people in the United States know on a variety of subjects? Some of them focus on math and others even focus on the English language but perhaps one of the more amusing is when they discuss geography. Like many people, I took geography in high school but it wasn’t my best subject and it seems as if even those who manage to get higher through the educational system are struggling with it as well. If you have any doubts in that regard, they are about to be erased.

This particular story does not involve a high school student or even a college student, it has to do with a college professor. That’s right, it is somebody who is in a position, not only where they should know better but where they are actually shaping the mind of today’s youth. They have the responsibility of educating others but, as you are about to see, they can also be lacking in some way or another.

It happened when a student handed in an assignment for her sociology class at Southern New Hampshire University. She was completing a project that compared the social aspects in the United States with a secondary nation; in this case, Australia. Admittedly, that doesn’t seem all that much out of the ordinary but what is not ordinary is the fact that her PhD educated lecturer failed her, not because she did a bad job but because he refused to believe that Australia was a country!

The student is Ashley Arnold and she has been studying at the Southern New Hampshire University, taking sociology classes. For this assignment, she chose social media use and she was comparing the United States with Australia. The problem is, she failed the assignment because, according to her professor, “Australia is a continent, not a country.” She was actually given a zero on several sections! 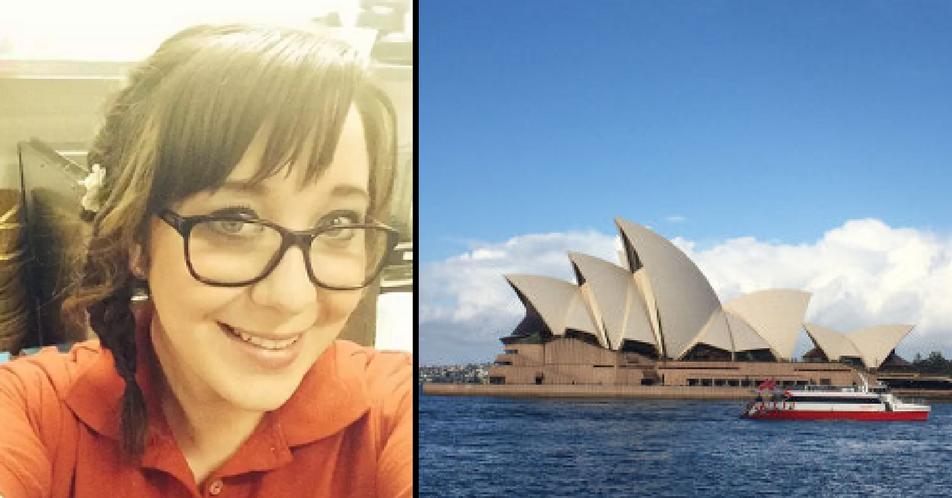 I actually thought it was a joke at first, saying: “This can’t be real. Then as I continued to read I realised she (the professor) was for real. With her education levels, her expertise, who wouldn’t know Australia is a country? If she’s hesitating or questioning that, why wouldn’t she just google that herself?”

It went even further and she told her professor that she thought Australia was not only a country, it was also a continent but her professor was not having any of it.

The professor didn’t bother to check first, she simply wrote the following back to Ashley: “I will gladly re-examine your project report. But before I do I want you to understand that any error in a project can invalidate the entire research project. Research is like dominoes, if you accidentally knock over one piece the entire set will also fall. Australia is a continent; it is not a country.”

Ashley wrote back, asking the lecturer to check the facts. She even gave links to the official government website of Australia and pointed out the fact that they were members of the United Nations. She then filed a complaint with the University.

“I’m not going to fail because I chose a country that is a country,” she said. 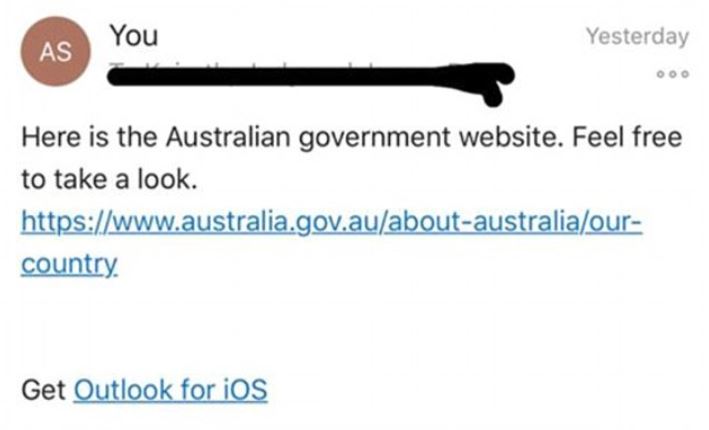 In the end, the zeros were removed from the project and she was given a B+ for her efforts. Something that is interesting to note, however, is the fact that the college professor decided that she was not going to give an apology for the mistake. Perhaps she felt as if she was above apologizing.

Of course, this exchange didn’t remain quiet and the entire thing blew up when it went viral online. The University even offered a statement, saying the following: “At SNHU, we hold our professors to a high standard of excellence and strive to provide high-quality degree programs for all students. On this question, the student is right.”

I don’t know about you, but I think a better apology could be offered by both the University and the professor.