It doesn’t matter who we are, what our station is in life or even how old we are, we tend to have something special in common. I’m not talking about something physical that we can pick up and hold in our hand, I’m talking about a state of mind that seems to enter into our lives from the time we are just a young child. That similarity is our attitude. Good or bad, big or small, we all have an attitude and we tend to show it from time to time.

They often say that imitation is the greatest form of flattery but you will have to be the judge on that for yourself. Regardless of whether you feel that she is imitating her mother or not, you have to admit that she is one of the cutest things to hit the Internet in a very long time.

The father films as the argument begins. When the little girl comes into the room, she obviously has something on her mind and she wants to make sure that her mother gets a piece of that mind before she walks out again. She starts out arguing with the mastery of a black belt, waving her arms and having the inflection in her voice that is nothing short of amazing.

One of the things that I find amazing about this video is not what the little girl is doing but the fact that the parents have so much restraint. The mother did very well with arguing with the daughter without actually scolding her. The father also was able to hold things together and didn’t laugh too much while he was shooting the video.

When we see something funny like this, it’s our immediate reaction to want to laugh at it. To be honest, this video is perfectly funny on its own but there is something else that makes it even funnier; Steve Harvey.

Steve Harvey has a show about children and regardless of whether you believe what you read in the tabloids or not, he certainly does have a way of making us like him. He is cracking up this and his commentary is just as funny if not funnier than what this little girl is doing. 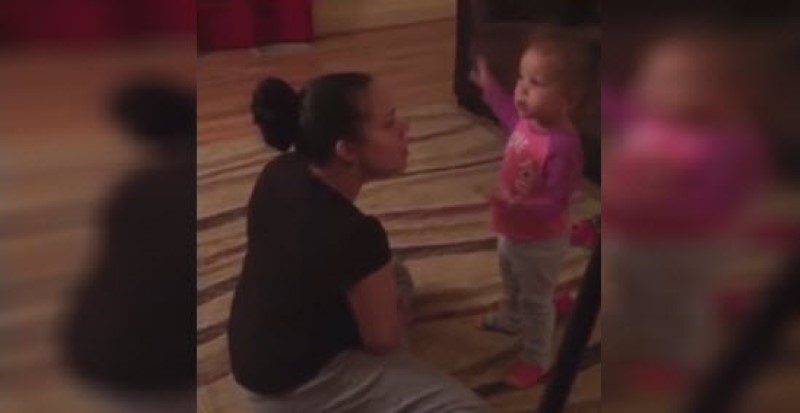 The footage continues while the girl does her best to plead her argument and to continue waving her arms and babbling as if she was actually saying words that are comprehensible. We can be thankful that the mother seems to have the patience of Job as she allows her daughter to continue to express herself.

The girl even comes in physical contact with her mother in order to get the point across even more. As she waves her arms around wildly, she does tap her mother on the forehead at one point and again in the chest. Of course, the mother doesn’t mind, she just lets her daughter know that she isn’t trying to argue with her, she’s just trying to get her to understand. 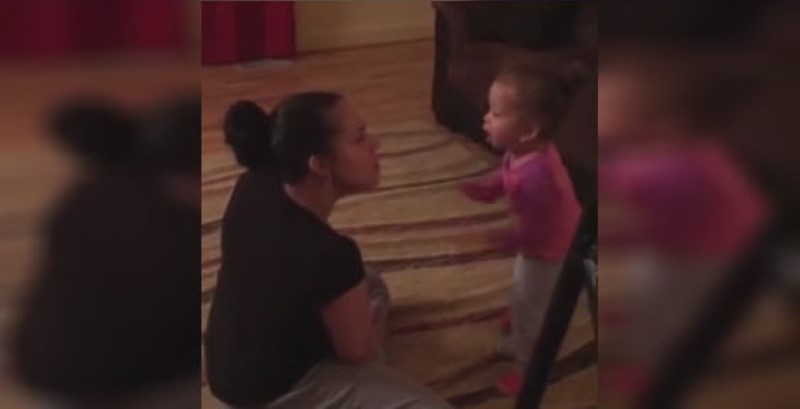 Although this little girl has not yet mastered the English language, her little brain is well on its way to doing so. When you really stop to think about it, it is amazing how much children learn in the first few years of their life. They are able to master a complex language and social skills that will help them from that point forward.

It seems as if this little girl has the social skills down pat and she isn’t even allowing her mother to get in word edgewise. We probably have all been in this situation, although many of us have not been in it with our child! 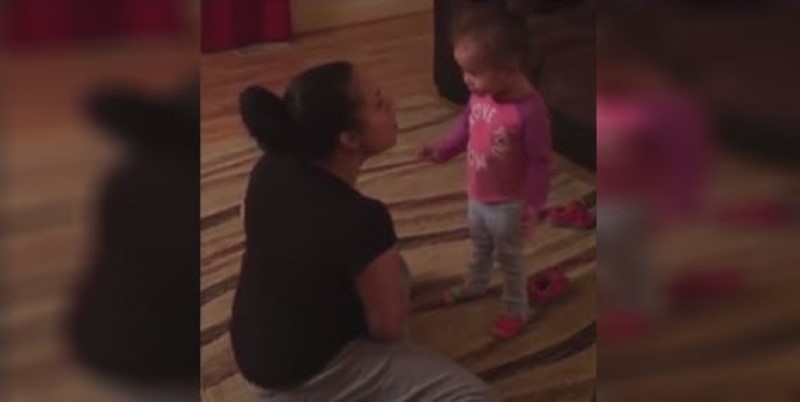 When the argument comes to a close, the girl doesn’t really plead her case but rather, just lets her mother know that she is done. This video is so adorable, it’s little wonder why it has gone viral.

Watch the entire argument in this video: