Did you ever know somebody that looked a lot like their dog? It seems as if dogs and their owners start to take on that same look and sometimes, it can be a little freakish to watch the two of them standing side-by-side. The same thing is also true for husbands and wives and in many cases, they will start to take on a similar look to each other as time goes by. It might be the haircut or perhaps the diet but in any case, it can be interesting to see.
From time to time, there is a dog that seems to make a crossover between canine and human. That is the case with Yogi, perhaps one of the most unusual dogs that you are ever going to see. This dog looks so much like a human that the entire Internet is talking about him. As you are about the see through these pictures, it is quite unusual but the more you look at him, the more the striking features that he has will make you fall in love with him. Unfortunately, for you, he is already taken but she was willing to share these fantastic pictures.

When was the last time that you saw dog and really thought to yourself, that’s probably the most amazing thing that I have seen? Some of us may look at the unusual markings on an animal and get that feeling and others may look at the lines and temperament of a purebred and instantly fall in love. The love that we feel for this dog is not because he is purebred or because he has unusual markings, it’s for an entirely different reason. 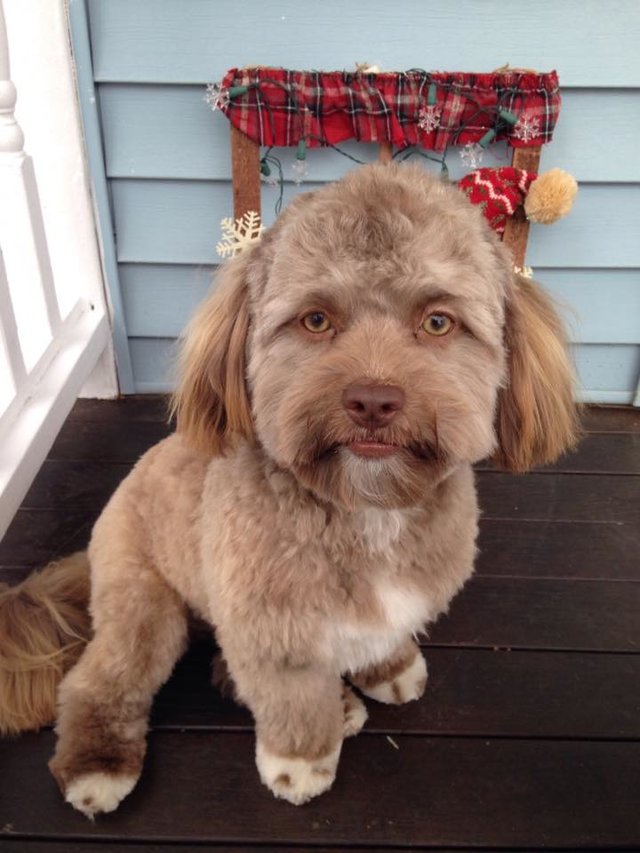 What is the first thing that comes to mind when you look at this dog? If you say to yourself, he looks like a man, you are not the only person to do so.

There is something that is quite human about the look of Yogi and it may be in the fact that his almond eyes are seeming to look straight through you. Then again, it could be the strong brow or perhaps the ridge of his hairline. Even the lips start to take on a human appearance and when you start to focus on that area of Yogi’s face, it is perhaps the most unusual thing that you have seen.

If you are not quite getting it, this next picture is going to drive the point home perfectly. This is Yogi sitting next to a dog that doesn’t quite look like a human, and the contrast is amazing. 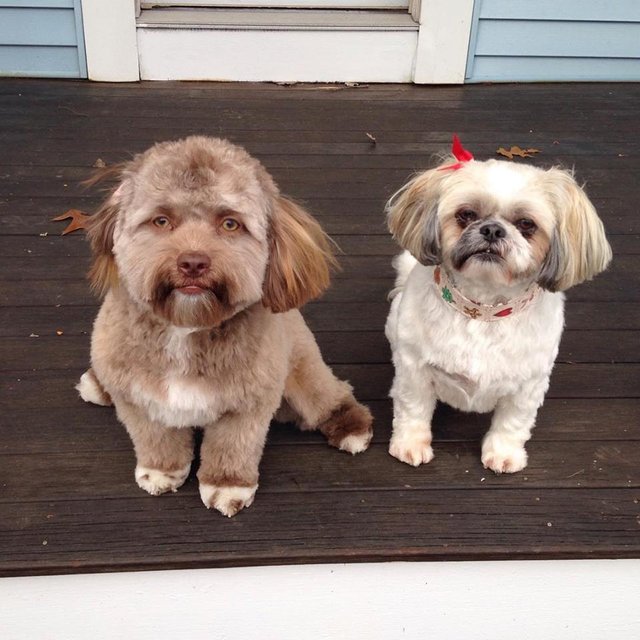 Chantal Desjardins is Yogi’s human and funniest thing is, she never thought about the fact that her dog looks like a human. She even says that when she looks at him, she doesn’t see it. After she shared the picture of Yogi on Facebook, however, she began to get some amazing feedback.

One of her friends said that he looks like a human in a dogs body and another one accused her of doing a human face swap. They even went so far as to say it was freaking them out! Yogi’s picture didn’t stop at Facebook, somebody posted it on Reddit and from that point forward, the Internet had their opinion. 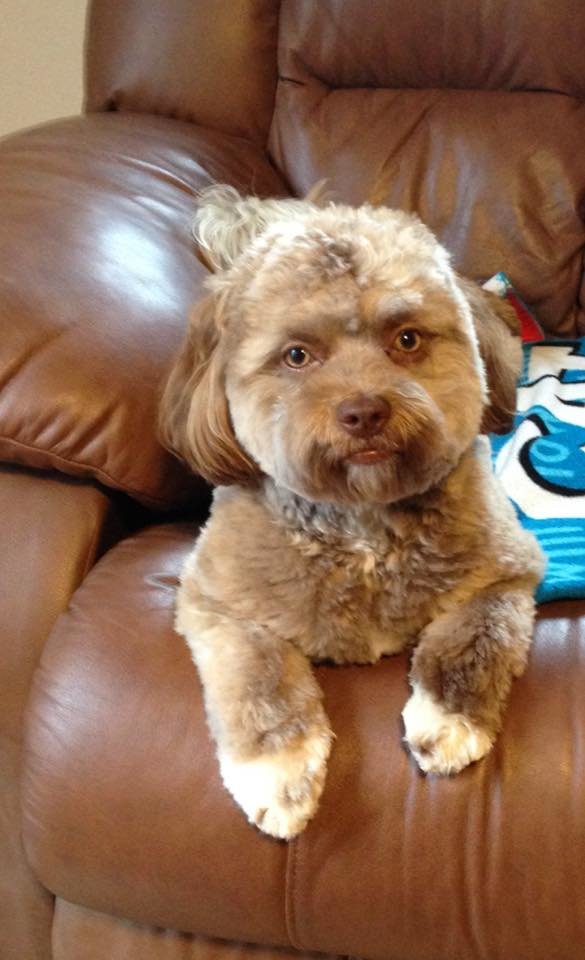 There were so many comments and reactions from those who saw this picture of Yogi that it is difficult to focus on those that are the most interesting. Here are a few that you will appreciate.

“This is the most disturbing thing I’ve ever seen.”

“This is deeply unsettling…”

“It looks like Nicolas Cage dressed as an Ewok.”

“I laughed, then I got uncomfortable, now I’m rocking back and forth desperately trying to convince myself it’s just a face swap.” 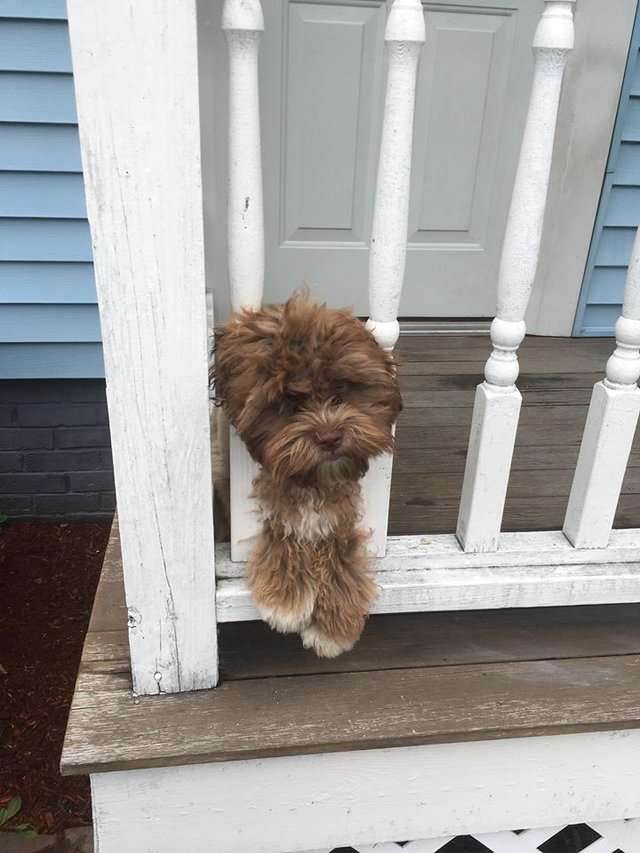 A lot of it has to do with the grooming and the position of Yogi compared to the camera. The picture below is of Yogi with the same dog that he was sitting beside above but they both look pretty normal in this picture. 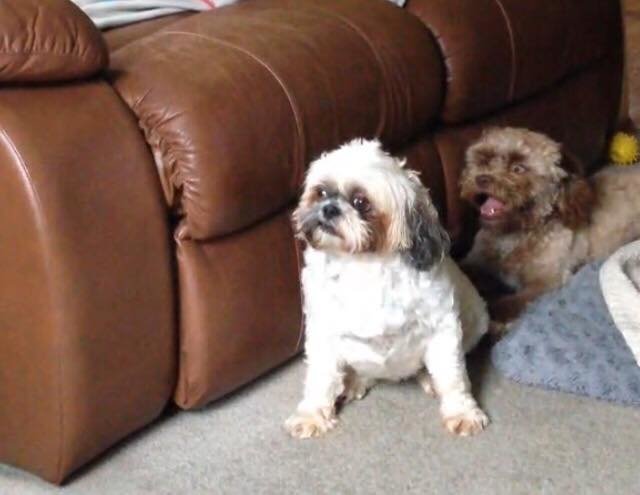 Chantal is rather amused over everything that the Internet has to say on the subject but then again, she knows Yogi by heart. 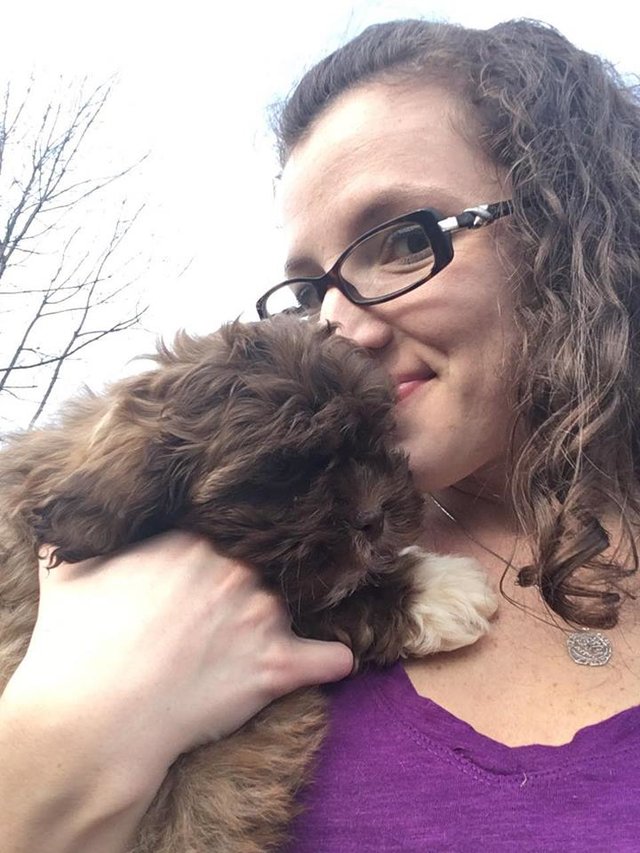